Hi everyone! My name is Ilona, I am a professional cellist and cello teacher with Master’s Degree. My teaching experience is more than 11 years, with 3 years experience of online teaching. Online learning how to play cello is completely acceptable for all levels and ages from 8 years old.
Either you are a Zero Beginner or you are preparing to pass entry exam to conservatory - I will explain you how to practice to become more effective on cello. My current students are from 8 till 51 years old, they are from different countries of the world.
I always work for result, so from time to time our lessons could be longer then 1 hour just because we haven't finished the lesson's plan (without any extra pay).
There are two main parts which you should know before starting to learn cello with me: when you play cello you use your body (arms, fingers) for creating sound and you use your soul and emotions for creating music. At the very beginning we will learn how to create the sound, which later you will use to show your emotions.
If you do have any questions, please, don't hesitate to message me.
Currently I'am teaching online only.

You should your own cello and bow. I will teach you how to read music scores, if you are not experienced in Music. 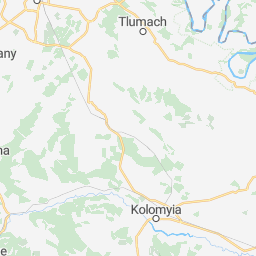 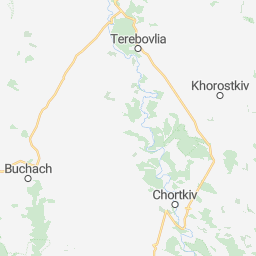 Hi everyone! I am going to teach you how practice to get the result. Effective practices are the most important components of successful result. As says one of my advanced students: "Play with think!".
I can promise guaranteed result in 3 months with regular lessons twice per week.
Students who are preparing for the passing exams for music college or conservatoire and who want to have 4-5 classes per week, please send me a message to talk about your program, deadlines etc.
If you don't see available time-slots, please send me a message and let me know your preferred time and day, and also a time-zone. I will find time for You!
My current students are from 8 till 51 years old, they are from different countries of the world. Some of my students learn cello for themselves, other for overall development, and several students are preparing to enter music colleges and conservatories.
I have Masters Degree in Performing and Teaching Cello, psychological and pedagogical knowledge and more then 12 years teaching experience. I've been working online since 2015.
Also, I can teach you music theory from Zero level until Reading Scores level just in 10-15 lessons. Why am I so sure? Because I have done it many times already.

Please, do not hesitate to ask me any questions you might have.

Wish you all the best,
Ilona

Leanne
Really enjoyed my first lesson and felt like we covered a lot!
Aquila
This was my first , online lesson with Ilona and she was ...Brilliant ! Generous, warm friendly and yet highly professional. she was perceptive, with attention to detail. All my concerns and insecurites were replaced with intelligent skill and confidence building advice. I am so excited about the journey of learning a new instrument and looking forward to a strong, long and productive journey.
Sophie
It was only our first lesson, but I love how Ilona is so bright and cheery - exactly what my daughter needs to encourage her and motivate her to learn the cello! Excited to hear more of their music!
47.93USD/ h

How to read scores? Music theory for Beginners and Advanced students.

I specialize in tutoring Music Theory and Music History. My goal is to create a strong base of knowledge which each my student can use in critical thinking in future. I assign a homework and explain everything what we need to repeat in other words, to be sure that student has got the information. Either you are totally new person in Music, you have been playing guitar or you want to get more deep knowledge in Music Theory and Music History - I will share with you my knowledge and will help you to get your goal.
Read more »

Send a message explaining your needs and Ilona will reply soon:
The more detail, the better.
Ex. "Hi, when are you available to meet for a lesson?"